Remember last spring when we all discovered cooking? Well, check the back of your fridge. There might still be some of it in there . . .

The average American has FIVE expired items stinking up their fridge right now, according to a newpoll. And moldy leftovers are one of the most common culprits. The smelliest offenders also include broccoli, fish, and old fruit that's gone bad. 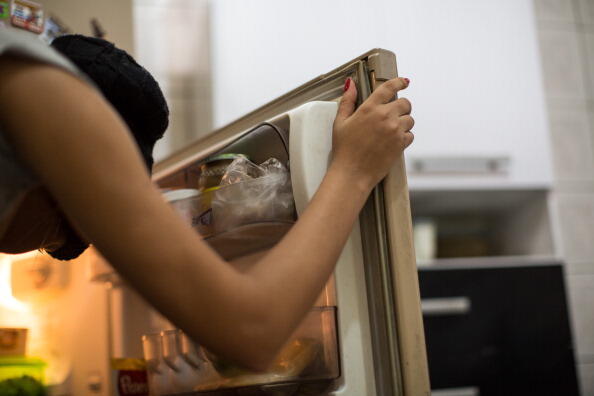 Here are five more stats from the study . . .

1. It takes an average of five weeks of something going bad in our fridge before we'll investigate the smell.

2. Around two-thirds of people said they have more leftovers in their fridge now than they normally would.

3. The things that annoy us the most about forgotten leftovers are wasting food . . . the clean-up . . . the smell . . . and wasting time cooking when you had something you could just heat up.

4. 48% of us have thrown out an entire container of leftovers . . . including the Tupperware . . . because it was too gross to wash.

5. The last time the average person cleaned out their fridge was in early September.